Meeting of the Quilter Mentee Network on 20 February 2019 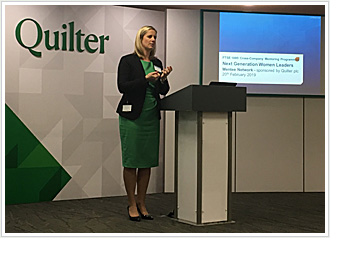 Mentees and Alumnae of the Next Generation Women Leaders Programme were welcomed by Ms Charlotte Cherry (who job shares with Ms Alix Ainsley), Director of Talent and Culture, Quilter plc (left), followed by an update from Ms Peninah Thomson OBE, Chief Executive Officer, The Mentoring Foundation (below) on the FTSE programmes. 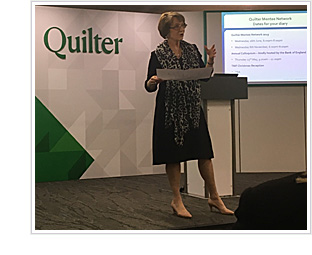 There was then a group conversation on Getting the Most out of Mentoring, using the Fishbowl Technique. The session made for a fun and intriguing, as well as a highly productive, event which generated a wide-ranging and inclusive discussion.

Mentees and Alumnae were able to contribute various hints and tips to the wider group. The shared format of the evening encouraged openness and frank conversation and most, if not all, left the evening with one or two "gems"! 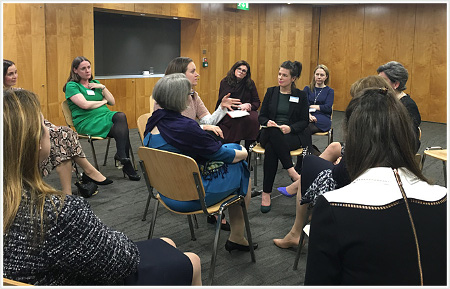 Mentees and Alumnae in the "fishbowl" process 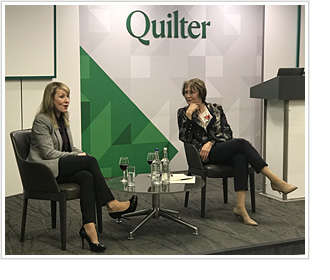 The previous Network meeting was in November 2018. Mentees and Alumnae of the Next Generation Women Leaders Programme were welcomed by Mr Paul Hucknall, HR Director, Quilter, followed by an introduction and update from Ms Peninah Thomson OBE, Chief Executive, The Mentoring Foundation.

They then enjoyed an "in conversation with…" session with Ms Anna Keeling, Senior Vice President – Business Transformation, GKN Aerospace. 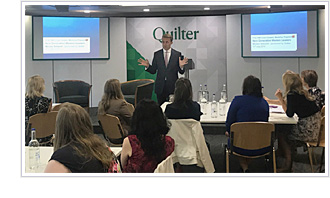 Anna, who holds an Aerospace Engineering degree and an MBA, and has been listed as "One of 2017′s 100 Women to Watch" in Cranfield’s Female FTSE Board Report, outlined her career journey and described some of the benefits (and challenges) of leading high-performing teams in a traditional engineering environment.

To read more about the Quilter Mentee Network, click here. 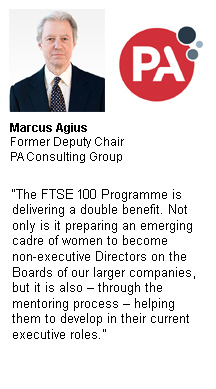