More than 40 Chairs and business leaders of the UK’s largest firms and corporations, who act as Mentors on the FTSE 100® Cross-Company Mentoring Executive Programme, gathered at Buckingham Palace together with many of the country’s most senior female executives for a seminar and reception hosted by The Royal Household for The Mentoring Foundation. They discussed how senior women executives can be encouraged to take on top leadership roles and to use their personal power and authority to effect change.

The target set by The Lord Davies of Abersoch CBE for 25% of FTSE 100 directorships to be held by women by the end of 2015 looks likely to be met, largely through appointment of women as non-executive directors. The presence of a critical mass of women changes the dynamics of the Board, but there is as yet little evidence that appointing NEDs leads to deeper cultural change within the organisation. For this to happen, more women are needed to step up to top management, executive roles.

Executive success for women remains more elusive, with the number of female executive directors having risen since 2011 only from 5.5% to 8.6%. The FTSE 100® Executive Programme’s Mentees are beginning to step up to positions of executive leadership in larger numbers, and their experience offers insights into the challenges women continue to face even at the highest level within organisations and how these challenges can be overcome. The Mentoring Foundation will publish findings from the seminar.

Sir Philip Hampton, Chair of GlaxoSmithKline plc said "I, and many other Chairs here today have experienced first hand the benefit of more diverse boards. But, the work is far from done. We need to encourage and enable more women to achieve positions of leadership and to use those positions to change the culture within their organisations. We need to generate cultures in our companies which appeal to both men and women at all stages of their career and in which women are able to succeed in greater numbers. Today’s seminar and the continued work of the Foundation, in supporting able women at different stages of their career, make an important contribution to bringing about that change."

Peninah Thomson OBE, Chief Executive Officer, The Mentoring Foundation said "We are delighted to have collaborated with The Royal Household on the seminar and reception and for their interest in the work we do. Since 2011 in particular, change has occurred with more women represented at board level. That work must continue, focusing in particular on encouraging women to take up positions of executive leadership. The fact that so many Chairs and senior business leaders attended the seminar at the Palace to discuss women and leadership demonstrates commitment at the highest level in the UK to transforming our organisations through diversity for the 21st century."

During the seminar which preceded the reception, guests were addressed by The Master of the Royal Household, Vice Admiral Tony Johnstone-Burt CB OBE, Peninah Thomson OBE, Douglas Flint CBE, Monica Burch, Gail Klintworth and Sir Philip Hampton. Round-table discussions were also held at which guests debated the exercise of personal agency, and identified the means by which women leaders and their organisations could encourage it in order to accelerate the pace of beneficial change. 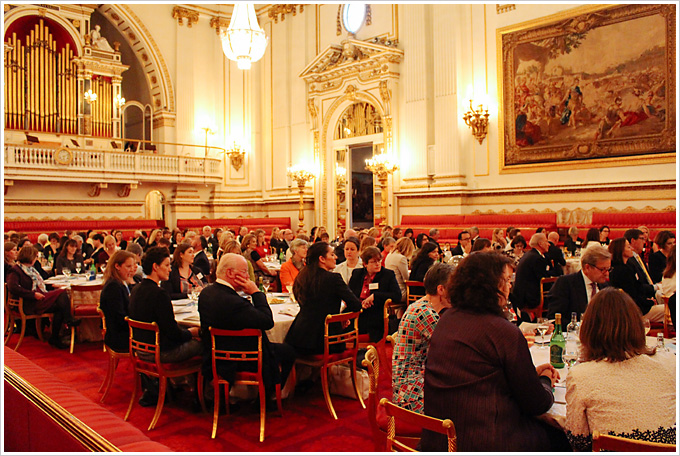 A View of the Seminar 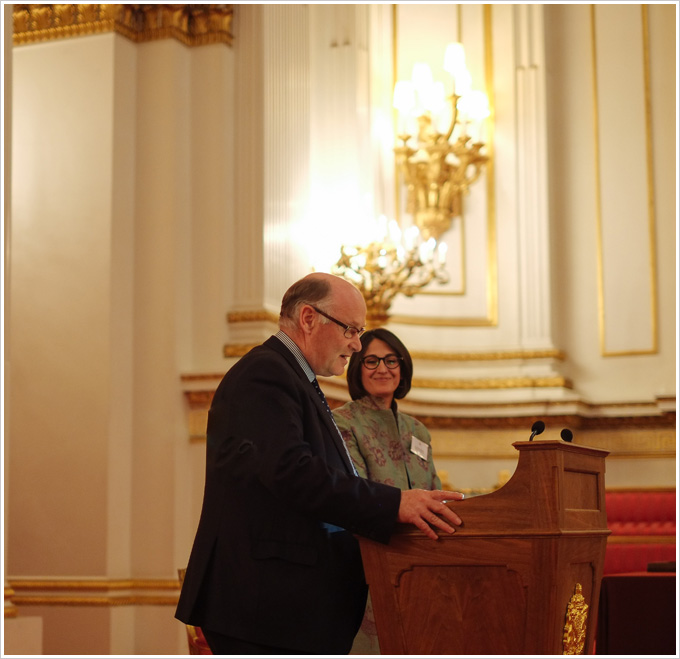