On 20th November, 2012 more than 60 business leaders – including Chairs and Chief Executives of FTSE 100 and 250 companies, as well as Senior Partners of leading professional firms – participated in the Annual Colloquium on the FTSE 100® Cross-Company Mentoring Programme, hosted by Sir David Lees at the Bank of England.  They were joined by Mentees and Alumnae of the Programmes, as well as other supporters of The Mentoring Foundation’s work.

At the heart of the discussions were the questions of "how the UK can make more speedy and effective progress in appointing more women to UK corporate boards, and how companies can strengthen and sustain their "talent pipeline" of able women at an earlier stage of their careers."  Guests participated in discussions on these themes, led by a panel of distinguished speakers including:

At the event Dr Wilson, Chief Executive of Legal & General Group plc announced the launch of the new Pilot FTSE 100® Cross-Company Mentoring Pipeline Programme, for the next generation of women leaders.  The Pipeline Programme has been developed in consultation with a number of our existing member companies, led by Legal & General, their Chairs and with Alumnae of the Executive Programme from whom the pool of Mentors is taken.  The Programme, in which senior women mentor the next generation of senior executives, is a natural next step for The Mentoring Foundation, meeting the recommendations of The Lord Davies of Abersoch CBE in his 2011 report, Women on Boards, which identified the problem of attrition in the pipeline as a material obstacle to building a sustainable talent pipeline of female executives in the UK. 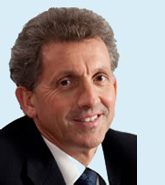 "I am delighted that, thanks to the efforts of Peninah Thomson and many others, today sees the launch of the FTSE 100® Cross-Company Mentoring Pipeline Programme aimed at the next generation of women leaders. This new pilot Programme, with ten participants, is being launched today, drawing on the mentoring skills of alumnae from the first cross-FTSE Programme to help and support women identified as future leaders in participating organisations… I am delighted that L&G has been involved from the start of this initiative, and I look forward to hearing about the successes of the Programme going forward."
Dr Nigel Wilson, CEO, Legal & General Plc
Annual Colloquium, Bank of England, November 2012

The discussions were under the Chatham House Rule, but – with his kind permission – comments made by Dr Nigel Wilson are available for you to read here.

Feedback from guests about the event included the following:

"Just a quick note to say well done again on today; it went splendidly well, with a real sense of purpose and momentum."

"Thank you for including me in a very successful morning at the Bank of England.  The range of speakers and the contributions made from the floor were impressive and helpful to the cause you espouse so well."

"I thought the Colloquium yesterday was a triumph – well done.  The level of insight in the debate gets better every year…"

"Congratulations on the success of yesterday’s Colloquium!  It really was a marvellous event and the room was buzzing. It is really heartening to see how momentum is building up on this important issue, and being bolstered by practical steps and new connections.  So much of this is down to your efforts…"

"Many thanks for the invitation to attend yesterday’s Colloquium.  As well as being a first rate networking opportunity, I always find these events really stimulating and yesterday was no exception!" 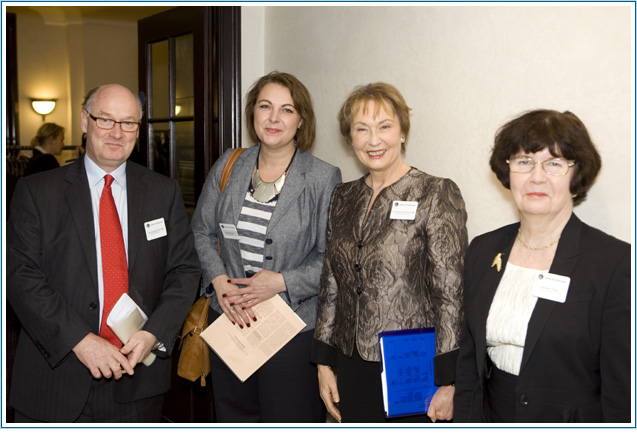 Peninah with members of the panel of speakers:
Douglas Flint CBE, Kath Durrant and Baroness Hogg.

The room fills with a distinguished audience of Chairs,
Mentors, Mentees and other supporters of the Programme