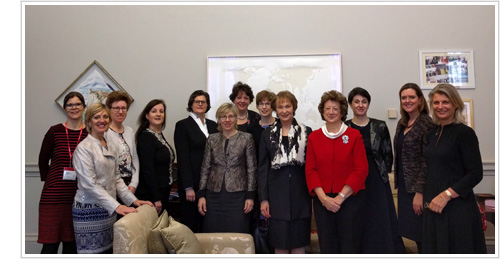 On Wednesday 15 March a delegation of 10 Mentors from the Next Generation Women Leaders Programme supported a speed mentoring event at the Foreign and Commonwealth Office, hosted by The Rt Hon Baroness Anelay of St Johns DBE, Minister of State at the FCO.

The event began with a panel discussion – Baroness Anelay, Kaylisha Archer, Higher Executive Officer in the Department of Transport, Karen Pierce CMG, Chief Operating Officer at the FCO and Peninah Thomson – about the power of mentoring and personal experiences.

The audience of around 70 women, working at all levels of the FCO and other government departments, was then invited to participate in the speed mentoring part of the event, which was led by Executive Programme Alumna Corin Robertson, Director of Estates and Security at the FCO. A total of 24 Mentors was available for eight-minute conversations with the attendees, from the Foundation and the FCO, before Head of Talent, Fergus Auld, encouraged everyone to move on to speak with another Mentor. In all, there were five mini-mentoring sessions. 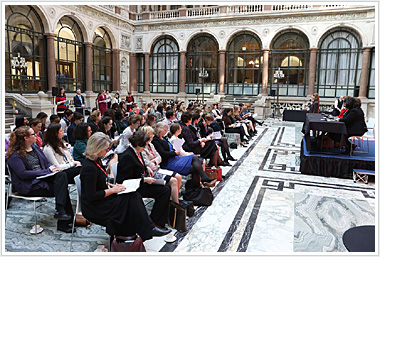 The purpose of the event was not to find long term mentoring partnerships, but for everyone to have a brief taste of mentoring and to meet interesting people who were happy to share their experience and perspectives in a fast and fun way. The Mentees had the opportunity to seek instant advice and guidance, to meet others and learn from them, and then to think about what they might want from mentoring in the future. The Foundation’s Mentors enjoyed the morning very much and felt honoured to have taken part in such an innovative event promoting the value of mentoring.